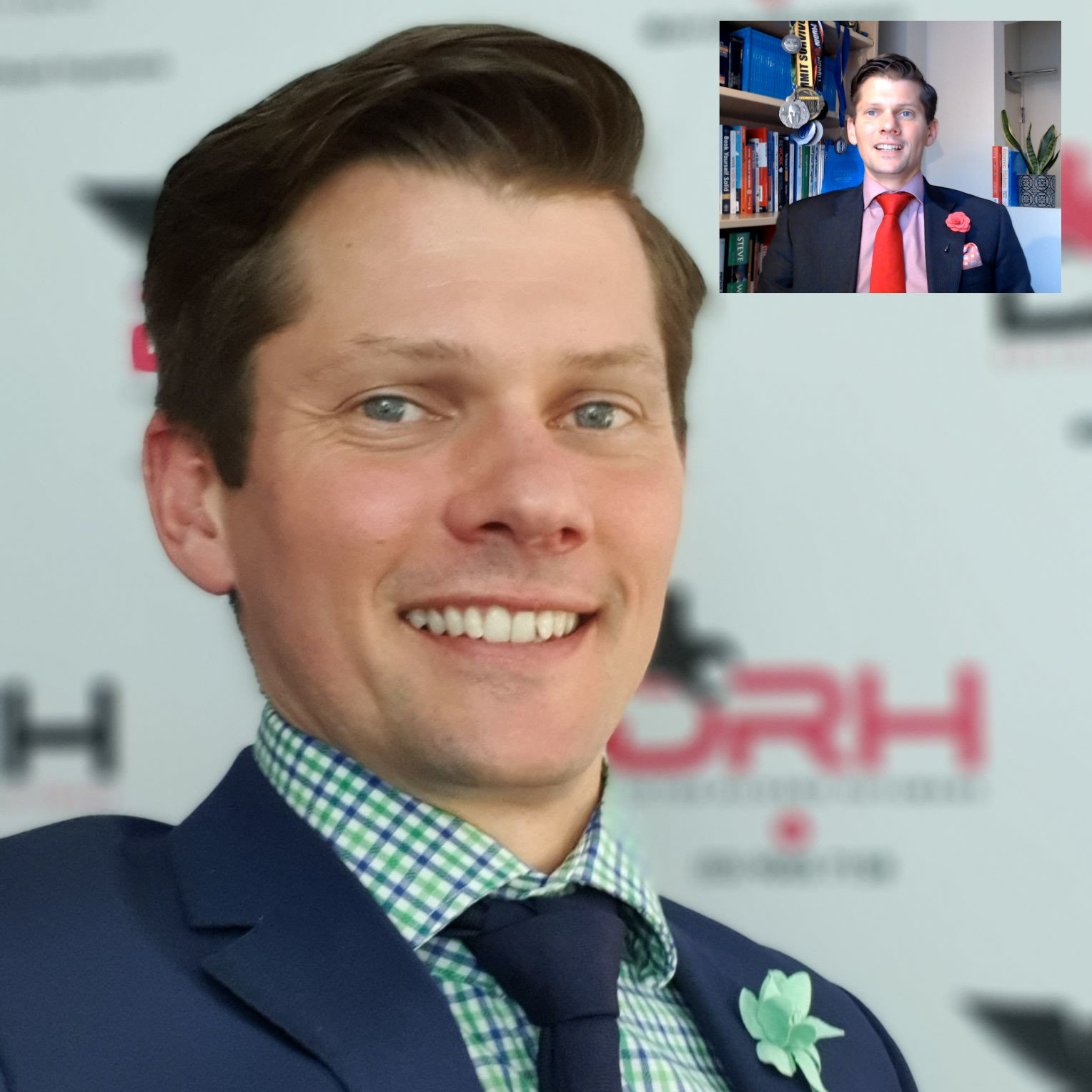 At a careers session at Monash University, I got asked some really great questions. So, I thought I'd ask and answer them again here so everyone can benefit.

I just went to an event at Monash uni talking about careers beyond science bachelor's degree. So no we're not talking about people with PhDs at this point, and I've taken down all of the questions that were asked and I thought I'd run through my answers or what my response would be if they were asked directly of me rather than the panel I thought that might be useful for some of you out there.

So, the first question related to the role of venture capitalists in STEM in Australia, and how they help raise funding or how they help the ecosystem? From my perspective, and from what was said in the room. Basically, it's about taking early-stage discoveries that could have commercialization potential, and funding them through to something that might end up being commercialised. They're not necessarily themselves taking a good idea that has definitely commercial potential and scaling it up. It's more of these the earlier stage developments rather than the later stage developments in Australia.

The next question was specifically directed at me, and it was a question of what is it that I specifically do? So, my typical day could be all manner of things. For example, today I attended this careers event that I'm talking about before. That I had a meeting with my assistant. After the careers event, I came home. I had a phone conversation with a potential collaborator discussing some work that we might do together for another university. I then had an online meeting with another collaborator where we were talking about jobs for PhDs, and how we can help improve the job market by influencing recruiters and encouraging them to take on more PhD students. And then finally I am recording this video. But if I was answer to that. If I was answering the question in a more general sense. If the question was aimed at me from the perspective of work that I shifted from wanting to have a medium sized consultancy. That say might have 10 or 20 people into something that is just about me, and that was mainly because I was not that perhaps not that good at. But something that I'm not fond of people management. And the more people I took on, the less I found I was doing the work. So, from my perspective, what I do is help people out. Help with people that have got PhDs. Work with people that are getting their PhD to address the challenge of how they can get what they want out of their career. You know address the challenge of what to do next essentially.

The next question was directed at another panel member around their lack of like for social media or their lack of presence on social media. And he responded to basically say he felt like he didn't need to add more noise to an already noisy environment. And that his workplace provided him with enough information around how to make use of, and use social media, and he himself didn't need to be on it. He was advocating the amount of free time that he freed up as a result. I'll leave it for you to decide whether you feel you need social media or not, but my personal view is it's a fantastic way to keep connected with people. If you're trying to build up your own reputation as a researcher or as a scientist, then social media is a very easy and accessible way to do that. I was also asked what business training I have? Honestly, I've got no business training whatsoever. I've done my PhD. While I was an employee at Monash University, I did a Cert 4 in project management. But all of my business knowledge and business acumen has come from learning through doing. That was a great way to learn for me, but I don't recommend it to all. Not everyone is equipped to do it, and there were certainly some hair-raising times doing it that way. Sometimes, I wish I had have known more, I probably wouldn't have got myself into that situation. So, I recommend doing some small self-training even if that means watching some videos on YouTube or reading some blogs. That's a much better way than what I did it.

The next question from the audience was, how much luck did I have in getting the role in the career that I am currently in? I guess this is not so much a question for me about luck or not luck. It's a combination of two things. What I would probably describe as privilege. So you know, looking at me. I'm a white male middle-aged in an English-speaking country. I'm naturally going to probably find getting a job easier than say, a female who is not in their home country. Who has a different skin color, and that's unfortunately the reality of the world that we live in. I'm trying to do my best to identify bias where it exists and call it out. Similarly, I'm trying to do my best to recognise that sometimes we have to work within that environment in order to get what we want. So, from my perspective it wasn't so much luck as it was privilege. The other thing that got me to where I am was hard work, and recognising that privilege gave me opportunities. Hard work helped me to keep them, and to get there. So, I guess if I was giving recommendations out to current students about what they should do, I would say that doing something anything is better than doing nothing. I think there's a quote of who it was that said this. I probably should know but someone said the harder I work, the luckier I got. So, it's worth remembering that as you embark on your career.

The next question was, what mistakes have I made? I have made many that's for sure. Some have probably been more detrimental than others. As I mentioned earlier, I didn't have business training, and that led to cash flow problems early on in my business life. I have responded to people in ways that have probably not been the best on email or on voicemail. I have not treated clients as best as I would have liked. So those things I've learned over time, and I'm sure there's many more mistakes to come. I guess one thing that I am proactive about is trying to understand my mistakes and learn from them and grow from them hopefully not make them twice. The other thing that I aim to do around mistakes is not dwell on them too often. A lot of the mistakes that people were referring to in the careers program or in the careers event was around decisions and opportunities missed or not taken. I believe that most if not all of us make the best decision we possibly could at the time we made it with all of the information we had at hand. Obviously, looking back you feel like you should have made a different decision but you know different things you've experienced the decision that you made, and you can never go back and experience the other option, the other decision.

The next question was, did planning help? That was also in the context of what we had all described as our drunken man's walk or drunken woman's walk down the street in terms of our career. You know, stepping and stumbling from one thing to the next that didn't seem to have a lot of planning about it. My response to that is, how I always tackle planning that planning is essential, but plans are useless you can forget plans you can forget. I guess that what that basically says is the process of planning is what prepares you to take action when you see an opportunity. But the plan itself might not bring the opportunity forward if that makes sense. So, the plan itself you might follow it you or not. But it's the planning that prepares you for the opportunity not the plan itself.

The next question was, did I wish I had done anything different in the transition from uni to work? People have talked about taking gap years or traveling more or traveling less or things like that. Going back to my earlier comment. I've made the decision that was best for me at the time. Having said that, the one thing that I recommend to people is if you're thinking about a career to try and get your part-time work to align with that career in some way. The best example I've seen of that is a friend of mine who ended up in pharmaceuticals. Prior to getting into that role, she held a part-time job in a pharmacy. That really helped her become familiar with the drugs, and other products that the pharmacist sold. When she became a rep and worked in with drug companies, she was very aware of the drugs that were on the market in her respective category and outside it. So, I would say, if you can do something like that that'll probably be our best advice. But certainly, getting a part-time job, and learning what it's like to be in the paid workforce is essential to getting a long-term career, and be able to transition quite easily from university into the workforce.

The final question was, what's my advice about the recommended path for education? Against it my career went for all my education. So, I went from bachelor to honours to PhD with no break in between. They asked about the value of that. From my perspective that was exactly what I wanted. I wanted to progress as quickly as I could through all of that. Not to say that I couldn't have done it differently, but that was what I wanted. But for other people that might not be the same. So, you might find that you want to stop and experience some other part of life other than education before you. Continue on with whatever education you feel like you've got for yourself. My advice to everyone is that you can expect to be learning throughout your whole life. So, you can expect to do lots of self-directed learning. So, like I said before, jump onto YouTube and educate yourself around business. You can probably expect to do some other more formal training through employers. So, if you're thinking about doing a course but you reckon your employer might be able to help you get through it or pay for it. Then maybe it's worth putting off, getting a job, and then you're asking them to pay for it.

I hope you found this useful.

Look forward to seeing you next time.