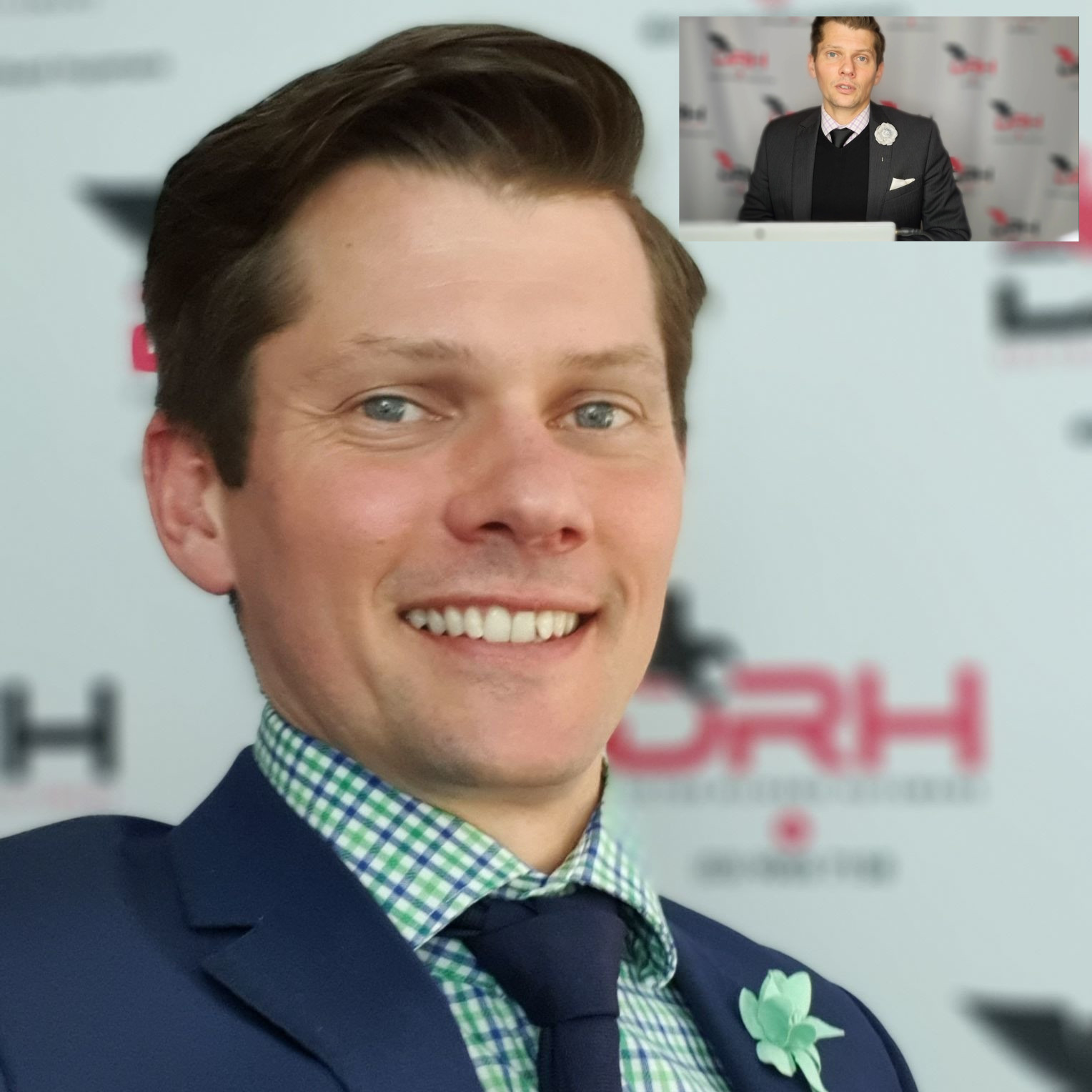 If tough conversations were easy, we’d all be having them, and they wouldn’t be called tough. They are tough for a reason or sometimes several reasons. However, there are things you can do to make them less tough. For example:

• Agree on a framework for discussion before you need to have the tough conversation.

• Know what you want to say and what the solution might be.

• Hear the other person.

• Agree on the next actions.

Hi there! This week's video is all about having tough conversations with your supervisor.

The first step in all of this, I used to build a framework around for having tough conversations. You can use the rest of the guide to build that framework but if you haven't got a framework in place with your supervisor, and you haven't even come to the point where you need to have a tough conversation, I strongly encourage you to put a framework in place before you have a tough conversation. It'll make having a conversation much easier because you both know what it is to have a good, but nonetheless tough conversation. Now that you've got the framework out of the way, it's important to know what you want to say. It's about getting really specific. So, you can't generalize about or you shouldn't generalize about the problem. You should try to get down to the specifics. Try to avoid euphemisms if you possibly can. Certainly, you could. You can use metaphor an example, but you really need to get specific about what the problem actually is. It's important as well when you're talking about what you're going to say to think about how your supervisor might take your approach. So, starting off with things like "This is an important conversation to me." or "This is a tough conversation for me to raise." or "I find this topic difficult to talk about.". Always that you can help make the transition into the conversation easier for yourself, and for your supervisor. So, it prepares them for what might come next. You might even ask them for permission to continue having the chat, make sure you listen to what their response is because if they say no, then it's important that you hear that, and say "Ok, no problem. This isn't a good time. When is a good time?". So that's about knowing what you want to say.

The next thing is to rehearse what you have to say. So, if you need to, writing a script is perfectly ok. It'll help you get through the early nerves that having a tough conversation might bring up for you. It'll also mean if you go script that there are dot points that you might want to get through that you can try, and like I said rehearse them but also know that that's what you want to say. You might rehearse in front of a mirror. You could do what I'm doing now, and just talk to camera. You could chat to your family and friends, and explain the situation to them and get them to play the role of your supervisor. There might even be some conflict resolution teams at your university that could help you do the rehearsal side of things if you want to.

Now that you've worked out what it is that you want to say and how you're going to say it, the next thing is to set up a time to chat. So, like I implied earlier just dropping in to your supervisor and saying "I've got a tough thing that I want to raise with you." Or "Something's making me really emotional at the moment, we need to talk." is going to be a difficult. It's going to put your supervisor on the spot because if they say "no", you could get even more emotional. If they say "yes", then you might find that it's for not the right setting for the conversation. So, asking for a proper time to chat is really important, and making sure that there's part of that invitation, you let them know that the how long the chat might be. Whether you think it's going to take 30 minutes or an hour. Whatever it might be and ask for that time to have that conversation. Then of course, once you've set the time up make sure you show up on time. It's very rude obviously, to ask for the time and then not show up. Obviously, let them know the topic of the conversation to the best of your ability as part of that. So it might just be it something tough that I find tough to talk about. You might give them a hint say, “Let's do with experimental design." Or "Let's do with my candidature." Or "Let's do with my career." or "Let's do with how I'm perceived by other members of the group". So, you can obviously give them the topic there, but try to avoid giving the topic leading into having more of the conversation because you may not be as prepared as you'd like to be at that point.

As part of setting up the meeting, make sure that you're happy with the setting. You might find that your supervisor always chooses a particular place, location or time to have tough conversations, and that could be good. It could mean that they're in their best setting for responding appropriately. But it could also mean that is a triggering location for them that they might get more angry than they usually do. It would or more defensive in that location. So, think about that but also think about yourself. If you're constantly having difficult conversations with your supervisor in their office, maybe changing the location might be better. Pick a private location, a private meeting room, pick a private meeting room in a library or you know, if a public place is better, pick a public place but definitely be mindful of what the setting is in terms of having your tough conversation.

Depending on the topic, you might think that you might need a witness for the conversation, and that's okay. My advice to you is feel free to arrange a witness. Certainly, don't use anyone that is a friend, a family member or anything or a colleague of yours or your supervisors. Don't choose another member of the research group. Rather if you needed a witness, you could probably go to your conflict resolution area within your university, and they could potentially provide a witness for you. But in doing so, my advice would be rather than have the person join the meeting, have them on call. So, if you do need to, let them know when the meeting is going to take place, and say "Look if I need you or if we need you, can we call you in?". Whether that be to physically come, and participate in the meeting or to join the Zoom call or to dial in by phone. Whatever the most appropriate way would be for them to join in witness the conversation. You might consider whether that person as well as being a witness could help mediate but that's entirely up to you in the nature of the conversation. My advice again is to call them in rather than have them be there for the entire time because their presence alone might be triggering to you or to your supervisor, and that might not be helpful to the conversation.

So, you've set everything up. You've got your booking in the diary. Make sure you follow through with the conversation. So one, don't cancel the meeting because you get nervous or cancel it because you feel like the situation somehow resolved. Have the meeting with your supervisor. If you've rehearsed or you've done a bit of a monologue yourself in preparation, you might find that in the conversation you launch into this monologue. What you'll find is that you perhaps didn't give them an opportunity to speak or for them to have an opportunity to say what it is that they want to say. So make sure you stop, and pause. Count to 3. And let them respond in that space. If you begin to talk over them, stop, listen, and then respond. If you're finding yourself getting emotional do the same thing count to 3, then respond. It'll allow you to collect your thoughts, to collect your emotions, and respond in a way that is appropriate to the setting. So that will help manage your emotions. One of the big things it's also important is try to manage your emotions in these tough conversations, and that doesn't mean you should be without emotion. It just means to understand what might trigger you, and what might be not helpful. So, getting angry is probably not going to be helpful. Getting sad might not be helpful either to having a good conversation, a good tough conversation with your supervisor. But also, I would encourage you to be open about that. So be open, and say to your supervisor, "This is a tough conversation because it makes me sad.", "This is a tough conversation because it makes me angry.", "This is a tough conversation because it makes me anxious." That all okay things to say. It'll help prepare them, and it will allow you to put stuff on the table that will prepare them how you might respond. Hopefully, they will respond in an appropriate manner.

Finally, in terms of the conversation, ended in an in a way that suggests you'll do something else. So firstly, end it in a way that "Here are the things that I think we agreed.", Here are the things that I think you know, here's the conversation that we had, and how I'm going to respond essentially." For most people that would include "I'm just gonna write a quick email that confirms everything that we discussed today.", and that doesn't need to be minutes of the meeting. It just could be 'We agreed that we do this experiment." or "We agreed that my career would go this way." or "We agreed that I would do this rather than that." Or "We agree that we'd have a chat to the group about this.". So that way, there's a written record of what it is that you've discussed, and then you know the your supervisor responding is an acknowledgement that they've seen your email, and they might even you know adjust it so that you're both got of what you both think is a good record of your meeting.

So, make sure you go through all the same steps again. In terms of preparation having the meeting, and then following up afterwards. So hopefully your tough conversations after following this are a little less tough.

As always, if I can help let me know. If this was useful please share it with others.