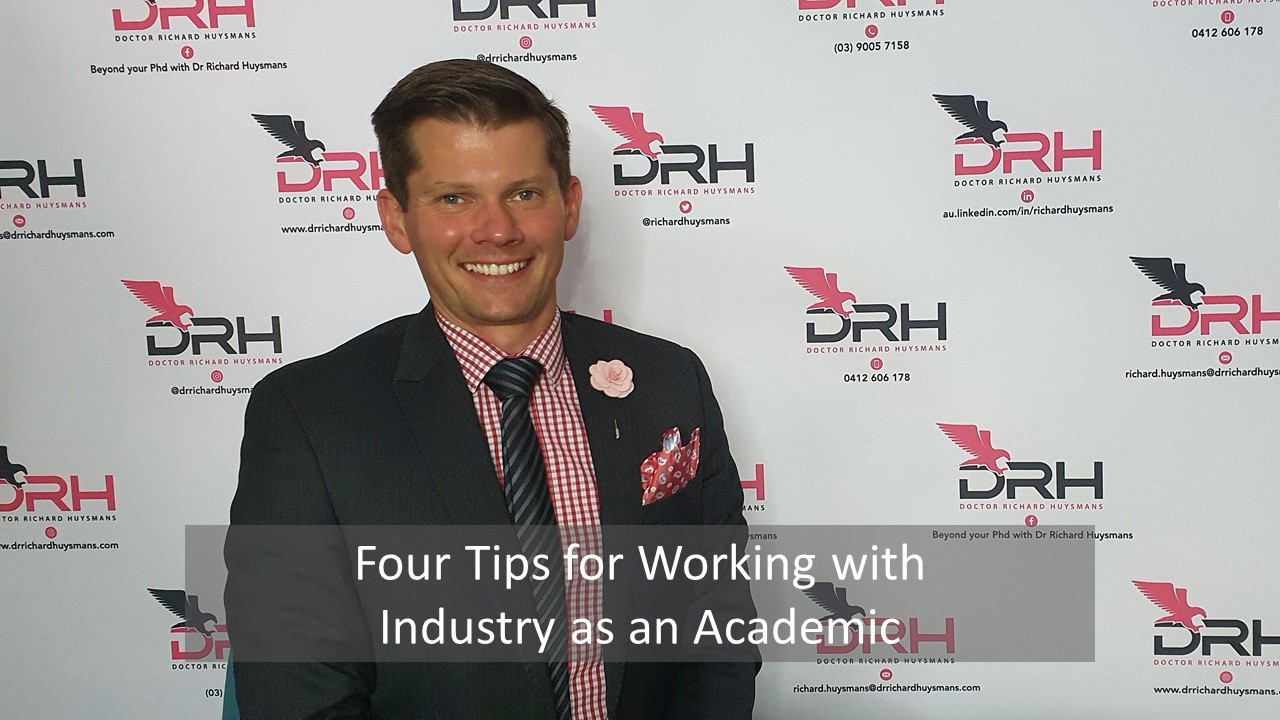 The problem most academics have working with industry is that they assume industry is like them.

The problem most industry has with academics is they assume academics are like them.

Or worse, both assume the stereotypical version of the other. Academics stuck in theory. Industry not willing to wait for the evidence.

So, as an academic how can you overcome these stereotypes? How can you get industry partners?

Recognise the stereotypes you have. So, you may not think industry aren’t willing to wait for evidence. Maybe you think they rush in in other ways. Maybe you think they have too much money. Or aren’t willing to invest for the long term. Or are too quick to dismiss projects. Whatever the stereotype you have, name it. Identify it. That way you can avoid it, and ideally not use it.

A good way to identify your prejudice is to pretend someone suggests you should work with industry. The immediate response will be something like “They’re not interested”, “I’ve done it before and they’re too pushy” or “They want quick fixes”. The source of the prejudice is in those responses. Ask yourself, why am I saying that? What evidence do I have for that? If it were a research paper, would my peers approve it for publication based on that evidence?

As an academic, you’ve got three major indicators of success. The things that your employer cares about and measures you against. They are income (often grants, but also consultancies, tender, partnerships, etc.), publications (often peer reviewed journals, but also books, chapters, works of art, presentations, etc.), and research student completions (mostly PhD, but perhaps also masters, and honours).

I’ve written ask three times, because you should ask at least three times.

The second ask is for a meeting with the potential partner. And, you’re asking for a meeting to understand their world. To get to know them. The aim is NOT to sell your idea or service to them.

Get to know what drives your

The third ask is the actual questions concerning success, failure, and what keeps them up at night. Feel free to go deep here. Ask why. Ask about dependencies. Ask about performance measures. Use your own career, and experience as an example. “I know that you might think research is all about finding new knowledge. Navel gazing. But, when it comes down to it, new knowledge comes second to three things, peer reviewed publications, research income, and student completions.” Using yourself as an example allows them to hear what drives you. If they’re on the ball, they’ll realise you need to get something from the collaboration that matters to you.

Knowing the choice can help when it comes to making and acting on decisions. We all know that unspent funds need spending towards the end of financial year. That unspent funds are often a reason to lower next years’ budget. Thus, being ready to leverage those funds can be an important part of project (financial) success. Or being responsive to requests for quotes, project plans or information, might be the difference between progressing now or permanent pause.

I’ve already written on time being a major factor in the success or failure of industry partnerships. But that was mainly in the context of project conduct. As mentioned above, timely response to requests for information can be the difference between a project starting and being permanently on pause. As an example, I worked with an energy and water company interested in improved metering technology. I identified the university research partner, and we had a meeting to discuss the feasibility. And, at its end the verbal agreement was to proceed. The project was possible. The outcome was achievable. “Send us a proposal” they said. Three months and several reminder emails later the proposal arrives. Not timely at all. But that shouldn’t kill the project. Or should it? Well, in that time the company had restructured, the available R&D budget was reallocated, and the R&D focus of the company changed. So, yes, academic timeframes are flexible. And the wheels slowly turn in universities. But, that’s not the case in industry. Just like an academic could get scooped by taking too long to publish. Industry can get scooped by taking too long to get to market.

Dr Richard Huysmans is the author of Connect the Docs: A Guide to getting industry partners for academics. He is a #pracademic and specialises in identifying and attracting industry partners for researchers. Richard is driven by the challenge of helping academics be commercially smart. His strategic approach to collaboration and research translation has been making the impossible possible for more than seven years.